It’s a serial killers and sequels party on this week’s episode of INSIDE HORROR and Elric Kane and Staci Layne Wilson are welcoming not one or two, but THREE special guests to celebrate!

Marcus Dunstan and Patrick Melton, 2005 Project Greenlight winners and masterminds behind numerous films within the Saw franchise, sit down to discuss their latest horror sequel masterpiece THE COLLECTION. And Michael J. Bassett, director of the long awaited sequel to the video game – turned- horror franchise SILENT HILL, stops by to chat about  SILENT HILL: REVELATION 3D.

The INSIDE HORROR group will also share their favorite serial killer films, Planet Fury’s Heidi Martunuzzi, tells us about the horror movie that has made the most significant impact on her life in this week’s video blogger segment, and FANGORIA’s Rebekah McKendry is back with the latest horror news and details for an exciting double feature screening of PET SEMATARY and THE DARK PATH CHRONICLES this week in Los Angeles.

Submit your questions and comments on youtube.com/thestreamtv and on Twitter at @InsideHorror, and join the conversation on Tuesday, October 23rd at 7pm PT | 10pm ET on TheStream.tv/inside-horror. #305 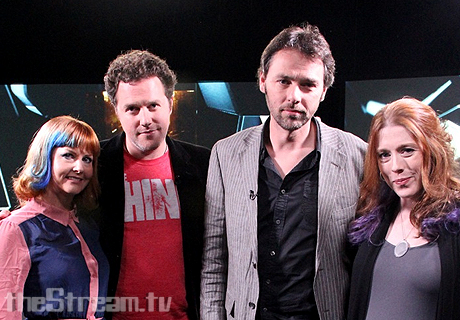