Writer/director Oren Peli (PARANORMAL ACTIVITY) visits INSIDE HORROR to discuss his style of filmmaking for the new paranormal/horror TV series THE RIVER. Peli discusses his use of “found footage” and “first-person camera” as a way of creating an authentic, raw feel for the series. Hosted by Elric Kane and Staci Layne Wilson.

PARANORMAL ACTIVITY, a 2007 American supernatural horror film written and directed by Oren Peli, focuses on a young couple, Katie and Micah, who are haunted by a supernatural presence living in their home. The film is presented in the style of “found footage” from cameras set up within the couple’s home in an attempt to photograph what is haunting them. 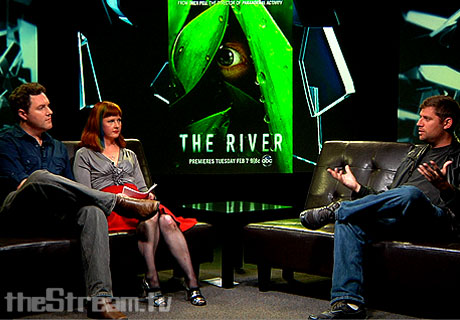