Elric Kane and Staci Layne Wilson welcome Marcus Dunstan and Patrick Melton, winners of the 2005 Project Greenlight competition, for a fascinating chat about their latest horror adventure, THE COLLECTION, the follow-up to their 2009 film, THE COLLECTOR.

Dunstan and Melton prove their evil genius by exposing their absolutely flawless process behind creating the franchise’s killer – one that involves spider webs, complacency and a fascinating story about a near-death German Shepherd attack.

The duo have been working together in some form or another since college, and are also the writers behind SAW IV-VI, and SAW 3D. 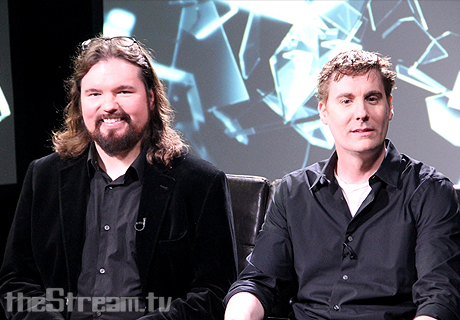